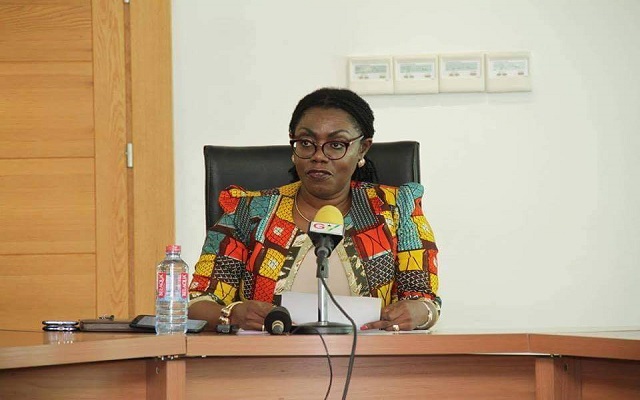 Mrs Ursula Owusu-Ekufu, the Minister-designate for Communications and Digitalisation, has refuted assertions that she is ‘temperamental and arrogant’ as a public official.

Answering questions from members of the Parliament’s Appointments Committee when she appeared before it on Monday, for vetting, said she was only being fair and firm in the course of her work, which has been interpreted as being arrogant.

A member of the Committee, Mr Samuel Okudzeto Ablakwa, and MP for North Tongu sought to question the Minister-designate about her conduct and using inappropriate language in line with official correspondence as a minister of state during the first term of the Akufo-Addo-led Administration.

Mr Ablakwa cited some three letters addressed to the Secretary of the Bank of Ghana, a Managing Director of a mobile money operator and Member of Parliament for Ajumako and ranking member on Finance Committee, Cassiel Ato Forson, in which the tone of her language was temperamental and asked how she intends to address it.

Mrs. Owusu-Ekuful, in her response, said she merely used idiomatic expressions, especially in the case of a letter to Mr Ato Forson when she said that she would not go to the brothel for advice.

According to her, the words were taken out of context to suggest that she was insulting the ranking member.

The Minister-designate indicated that she would remain fair and firm in the disposition of her duties.

“Mr Chairman, that was an idiomatic expression that simply means, I know where to go for which particular information and I will not go to the inappropriate source to get it and so as my letter indicated, the honourable ranking member on the finance committee was seeking to tell me that I had no authority to do what I had to do and I told him in no uncertain terms that I disagreed with his assertion, and I will continue to do my work to the best of my ability.

“Maybe, it is the use of the word ‘brothel’ because I heard a lot of this in public commentary and I have responded to it, I am not operating any public brothel, I do not think that he operates on the level of brothels, and that’s not the meaning of the idiom.

“And so words have meanings, if we put the right meanings to them, we will not hop into the mistaken belief that maybe something untoward is being said but as I said, I am fair but I am firm in the work that I do,” the Minister-designate explained.

Mrs Owusu-Ekuful further explained that her stance of being firm where necessary may not change, though she took the necessary steps to ensure more restrained language moving forward.

“I will endeavour to use public service language moving forward,” she stated.

Mrs Owusu-Ekuful stated that 51 commercial radio stations and five community radio stations were shut down last year for operating when their authorisation licences had expired.

She insisted that she was not targeting any radio station for closure because of its leanings towards a particular political party, but only implementing a ruling by a court of tribunal.