”Tell the truth and the truth shall set you free ” 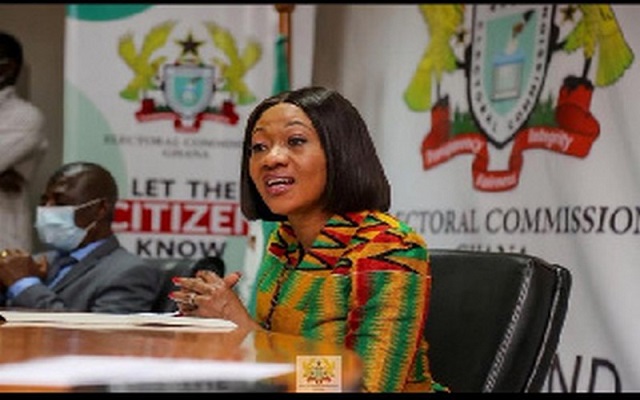 A spokesperson for the petitioner, John Dramani Mahama in the ongoing Election Petition case has urged the Chairperson of the Electoral Commission (EC), Jean Mensa to avail herself and mount the witness box for cross-examination.

Speaking to the press after today’s court hearing, Dr Dominic Ayine indicated that a truthful testimony under oath will set her free and will be in honour of the God she serves.

This comment follows a decision by counsels for the 1st and 2nd Respondents not to call forth any witnesses to testify.

Following that, Mr Mahama filed a new application to reopen his case so he can subpoena Jean Mensa to testify after she refused to mount the witness box.

However, the Supreme Court during its hearing on Thursday, February 11 ruled that it cannot compel Jean Mensa to testify against her will.

Arguing his case in court for a reopening of Mahama’s case, Monday, the lead counsel for the Petitioner, Tsastu Tsikata told the apex court that if the Electoral Commission Chair, Jean Mensa testifies to the truth, she will honour the God that she serves.

He said that Jean Mensa is a witness “who gave glory to God for what she was doing” and added that she should assume the witness box in honour of the God that she gave glory to in making a “purported declaration”.

“My Lord, the statement I am making is that it would honour that God if she would come forward as a witness of truth,” he added.

Both the EC and Akufo-Addo’s legal team are of the opinion that the petitioner has lost his footing in the case, hence their pursuit of Jean Mensa as a witness to revive their case.

Dominic Ayine, however, refuted that assertion, stating that Mahama’s legal team wants Jean Mensa to testify in order to account for the conflicting numbers she declared.

“If you look at C.I. 99 it does not provide against compelling a witness to come and testify. So the subpoena that we are seeking to issue is in pursuit of the truth, we want Ghanaians to know how 51.589 became 50.08 something.

“Ghanaians have the constitutional right to know and so for you to say that just by reason only of the fact that we are seeking to get her to come and testify, we are doing so because our case is empty and there is no evidence to prove it is totally disingenuous,” he stressed.

Meanwhile, the court has adjourned proceedings to Tuesday, February 16 to deliver its ruling on the reopening of the petitioner’s case.