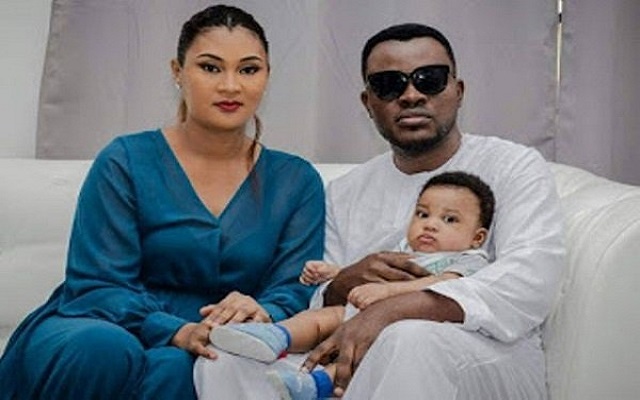 Jon Germain with his wife, Nadia and son, Beckham

Popular radio presenter and musician, Jon Germain says he is married to the best friend of his ex-girlfriend.

Revealing how he met his wife, Nadia, the presenter said he realised he had something in common with her.

“I was dating her best friend and then I met her and I realised that she doesn’t think like any other woman I’ve met.

“She’s totally different, she thinks like I think; anything I see as funny she sees as funny as well and she’s on a totally different level and I’ve never met any woman like her before,” he said in an interview with Class FM.

He, however, revealed even though his wife and ex are still friends, he cannot say everything is fine.

“They are still friends but not as close as before. With women, you can’t really know what they are thinking in their heads but I’m sure they are cool.”

Jon Germain also added he is still friends with his ex. “When we meet, we talk and I’m good friends with all my exs and there are lots of them as well,” he stated.