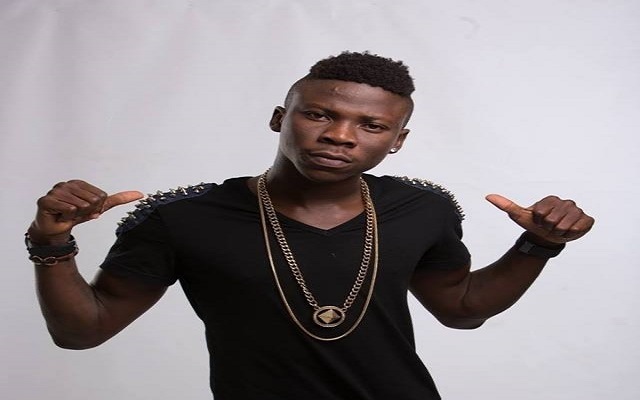 Chief Executive Officer of Zylofon Media, Nana Appiah Mensah has rendered an unqualified apology to dancehall artiste Stonebwoy over a recent scuffle between officials of the company and the artiste and his team.

Some officials of Zylofon Media had on Saturday March 10, attempted to confiscate Stonebwoy’s car amidst confrontations that led to the firing of gunshots at the Paloma Hotel in Accra where the artiste was having a mini-concert.

Preliminary investigations by Zylofon Media as reported in the media indicate that the decision to seize the artiste’s car was sanctioned by the transport officer of the company Eric Amponsah.

This comes after the company’s Artistes Manager Lawrence Asiamah Hansen popularly known as Bulldog’s name dominated the headlines for being the brain behind the seizure.

Subsequently, the transport officer Eric Amponsah was said to have been relieved of his post at Zylofon Media.
In a tweet on Tuesday, March 13, the boss of Zylofone media apologized to Stonebwoy and his team for what Nana Appiah Mensah described as an “unfortunate ill incident.”
”’ I apologize to team @stonebwoyb and all well wishers for the unfortunate ill incident that occurred. The transport manager exercised a discretion characterized by reflex and over exuberance. An act I vehemently condemn and discourage from our society. pic.twitter.com/me8U3Anvt9”’

— Nana Appiah Mensah (@mn_appiah) March 13, 2018
This follows an earlier call urging the camps of Stonebwoy, Shatta Wale and Zylofone media to remain claim.
”’I urge all well wishers of @shattawalegh, @stonebwoyb and @ZylofonMedia to remain very calm. Whatever differences, as with all human institutions would be resolved in the most civil and decorous fashion. Ghana shall prosper. #zylofonmusic #Ghanamusic #Ghanawin🙌 pic.twitter.com/U3ipGS8FsQ

— Nana Appiah Mensah (@mn_appiah) March 11, 2018
There had been reports over the past weeks that Stonebwoy, one of the biggest signees of Zylofon media record label was not in good terms with the label for which reason he wanted to leave the label.

The reason for his discomfort in the label as rumored was due to the record label signing his arch rival, another big dancehall artiste, Shatta Wale, without his knowledge.

The two dancehall artistes which many have described as “two captains in one ship” have since been throwing subtle shades at each other in their music and social media .

Subsequently, the difference between Stonebwoy and Zylofon media became murkier over the weekend when his team reportedly instructed the organizers of the Limman Hall week concert, a Zylofon Cash sponsored event, to take off all Zylofon Media branded materials from the stage before his performance.

Meanwhile, Zylofon Media and Stonebwoy’s team are yet to make public statements about the status of their relationship; whether or not Stonebwoy is still a signee of the record label.