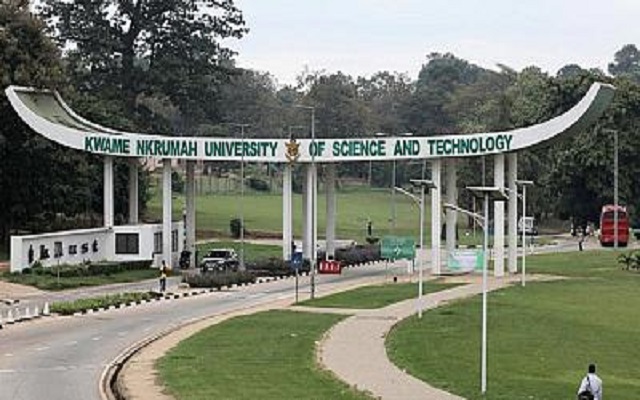 Kwame Nkrumah University of Science and Technology (KNUST) have won the 11th edition of the Pan African Universities Debate Championship (PAUDC) held in Dars es Salaam in Tanzania making, it the first time the tournament has been won by an institution outside the Southern African region.

It began in 2008 and has since received increasingly larger participation from Universities across Africa.
G hanaian universities first participated in the PAUDC in 2012 with KNUST and the University of Ghana being the representatives from Ghana.

The PAUDC structure is the British Parliamentary (BP) style. A BP debate is made up of 4 teams of 2, with 2 teams supporting a motion, and 2 teams opposing. Debating t eams are independent and compete with each other.

This year’s edition saw only two institutions from Ghana, KNUST and University of Ghana participating with four and two teams respectively.

After nine rounds of preliminaries, all six teams broke to the knockout stage making it the first time Ghana attained such a laurel.
Three of the four teams KNUST presented made it to the semi-finals with one of the two teams from the University of Ghana.

The only University of Ghana team in the semis made it to the final with one of the three teams from KNUST joining two other teams from Midland State University from Zimbabwe and University of Free State from South Africa.

Isaac Boakye and Erasmus Maali Segbefia (who represented KNUST in the final) spoke on the motion “This House Regrets the Notion of Pan Africanism” from Closing Opposition and won by a unanimous decision.

Speaking to Adom News , the Director of Sports of KNUST who led the delegation to Tanzania, Dr Anthony Adjei Tetteh Opai, said the school is proud to attain such feat and is hoping to go to the global championship and thrive.
“We have won the national edition [Ghana Universities Debate Championship (GUDC)] for four consecutive years and were hoping to make strides in Africa and we are glad to come this far.

“We are hoping to go for Worlds [Worlds Universities Debate Championship (WUDC)] this year and do our best. Aside this, there are other invitational tournaments which involves all the champions across all the continents so the best from South America, North America, Asia, Europe and Africa’s best which is KNUST from Ghana so we are hoping to go to all these tournaments and lift the flag of Ghana high”, Dr Tetteh Opai indicated.

One of the participants who won the trophy and also adjudged Best Speaker in the whole competition, Isaac Boakye, tells Adom News they knew they would establish dominance in Africa through hard work and training.

“Our motivation over the years is to get to the top of Africa debate and rule and in terms of debate competition, the best from the West African sub-region is getting to the final without winning so we decided to establish dominance in this year’s competition through hard work and training.

“But whilst training, the KNUST impasse came up and it became a motivation for us to work harder to erase the negative notion conceived by some people about the school”, he said.

Other awards won by KNUST are Best Adjudicator, Best Speaker, Overall Best Debate Institution, and took four out of the Best Ten Debaters in the competition.

According to Speech Forces, this is how the previous editions have gone.
2008: Botswana, Gaborone (Won by the University of Free State, South Africa)

2009: Botswana, Gaborone (Won by the University of Rhodes, South Africa)

2010: Namibia, Windhoek (Won by the University of Witswatersand, South Africa)

2011: Zimbabwe, Bulawayo (Won by the University of Pretoria, South Africa)

2014: South Africa, Polokwane (Won by the University of Botswana, Botswana)

2015: Ghana, Accra (Won by the University of Witswatersand, South Africa)

2016: Zimbabwe, Gweru (Won by the University of Witswaterand, South Africa)

KNUST won the bid to host the 12th edition of the tournament in December 2019 dubbed, “Akofena 19”.