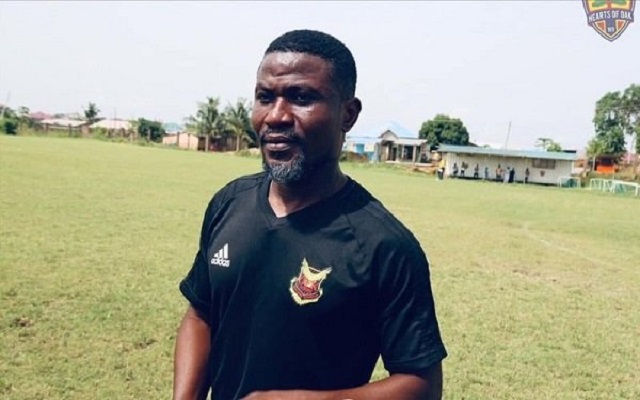 Former Ghana winger, Laryea Kingston, says he dreams of leading the Ghana national team to a major trophy in future and says he is ready to coach the Black Stars.

The 37-year old is currently studying to get his coaching badges at Right to Dream Academy.

The former Hearts of Oak star said he was ready to accept an appointment to the Black Stars’ top job any day when the opportunity arises.

“At the moment, I am concentrating on my coaching career, but I will not rule out coaching the Black Stars in the future,” he told Accra based Asempa FM.

“I am ready and prepared to coach the team any day,” he stressed.

Kingston also lauded Right to Dream Academy for the help extended to him and other colleagues.

“I must thank Right to Dream Academy for their help,” he said.

“They are not helping only me but Michael Essien, Otto Addo, Didi Dramani, Derrick Boateng among other players, and I must say we are grateful,” he added.