Lies and stealing are not my nature 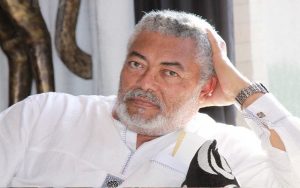 Ex-President Jerry John Rawlings has extolled his personal virtues and indicated that he has so far lived well for the virtues he preached in his political life.

The ex-military leader has always been upset about how the laxity in governance makes it impossible to hold persons accountable for wrongdoing and punishing them accordingly, which had led to widespread corruption.

A major blow to the Mahama regime was its inability to retrieve GH¢ 51.2 m judgment debt paid by the government to businessman Alfred Agbesi Woyome though the Supreme Court ruled back in 2014 that the payment was unconstitutional.

Mr Rawlings was himself critical of the levels of corruption seen in the last government.

Meanwhile an official of the NDC in the Greater Accra Region, Mr Anthony Nukpenu, recently told Kasapa 102.5 FM in an interview that despite the fact that former President Rawlings is the founder of the umbrella family, his love, commitment and loyalty to the party could not match that of former President Mahama. 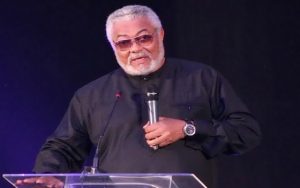 According to the NDC organiser, Mr Mahama had for the past years demonstrated his commitment and dedication to serving the party.

“John Dramani Mahama is the only former President who has shown love, loyalty, commitment, dedication and respect to the NDC more than anyone. When it comes to former President Rawlings, I have not seen that,” he noted.
Source: Daily Heritage