Maintaining law and order is a shared responsibility 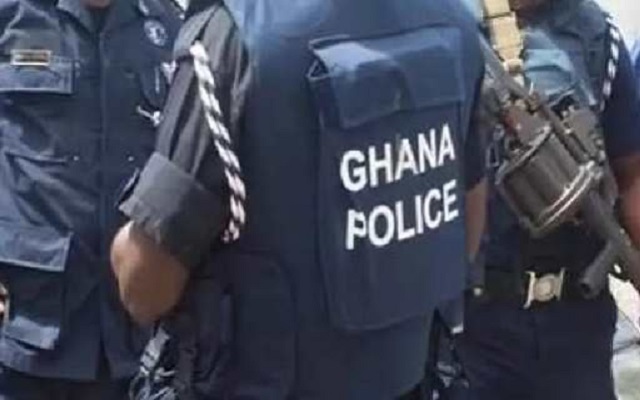 Deputy Commissioner of Police (DCOP), Mr Alexander Amenyo, the Upper East Deputy Regional Police Commander has called on Ghanaians to assist in maintaining law and order in the country.
He said policing and combating crime was a shared responsibility between the police and the public as personnel relied on the intelligence and information of the public on the ground for appropriate action to achieve desired results.

Mr Amenyo made the call during the flag hoisting of the Regional Police Operational Unit which comprised the Special Weapons and Tactics (SWAT), the Counter Terrorism Unit (CTU) and the Rapid Deployment Force (RDF).

The Deputy Regional Commander explained that although the police command had developed effective strategies to combating crime in the region including 24-hour foot, vehicular and intelligence patrol, motorbike patrol at the borders and general law enforcement of the law, the stronger partnership between the police and residents was needed.

“Critical issues facing us as law enforcement agency include influx of illegal immigrants, influx of jihadists, the tendency to import contraband, drugs and weapons into the country and other challenges unique to our borders, protecting the communities, elections and other forms of public management and safety,” he said.

The Deputy Regional Commander commended the Operational Unit for contributing significantly to reducing crime and violence in the region and implored them to continue to work in unison and coordinate their efforts to promote public safety.

He said, “I am confident that all the officers of these operational conglomerate will continue to serve with courage, integrity and fairness.”
Deputy Superintendent of Police (DSP), Mr Eric Van-Kofi, the Regional Police Operational Commander noted that the three departments including; the SWAT, CTU and RDF were trained and had the responsibility to detonate improvised explosives, perform presidential and diplomatic escorts and anti-armed robbery highway operations among others.

He said the Unit had contributed significantly to reducing crime rate in region especially on the Naaga-Sherigu road, Bolgatanga-Navrongo road and the Tilli Forest, which were noted for armed activities in the region.

“On the recent upsurge of robbery in the Bolgatanga Municipality, the gallant men of the Unit responded by gunning down two notorious armed robbers and the arrest of others who were facing the law,” he added.

Mr Van-Kofi explained that despite the important role the unit played as the life wire of the regional police command, it was confronted with numerous challenges and called for retooling of the unit.

He mentioned deteriorating conditions of vehicles, motorbikes and other operational logistics as well as constant transfer of personnel of the Unit without replacement and added that when not addressed could hamper the effective operation of the Unit.