Many respected Ghanaian ‘Men of God’ are homosexuals 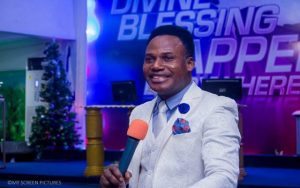 The founder and leader of Freedom Chapel International, Apostle Amoako Atta has revealed that there are many respected Ghanaian pastors who are homosexuals.

According to the Apostle, the involvement of these influential ‘Men of God’ is even making it difficult for Ghana to fight against the sexual orientation as a country.

Speaking on Accra-based Adom FM on Tuesday, the respected Apostle insisted that homosexuality has permeated every part of the Ghanaian society including churches.

Apostle Amoako Atta in his conversation, maintained that the only solution is Ghanaians must love homosexuals and draw them closer to God.

“It’s about time we love them, bring them on-board so that they can be transformed,” he said. The religious leader also explained that homosexuality is a social-cultural issue therefore the church must lead the campaign to reform gays and lesbians.

Apostle Amoako Atta was commenting on President Akufo-Addo’s recent interview with the Al Jazeera Network on Ghana’s position on gays in the country.

The Apostle who was clearly worried about the current situation, was confident President Akufo-Addo will not legalize such an ‘abominable’ act in Ghana.

President Nana Addo speaking to Al Jazeera disclosed that Ghana’s stance on gay could change if there is a groundswell of pressure for that to be done.

The president’s comment appears to have stirred fresh controversy on the gay rights debate with some expressing fear that Nana Addo might lead a campaign for homosexuality to be legalized in Ghana.

However, a statement signed by Minister of Information; Mustapha Hamid has debunked the allegations. The statement clarified that, “the government of Ghana has no intention to legalize same-sex relationship”.
Source: yen.com.gh