Mixed feelings about the death of Osu Mantse 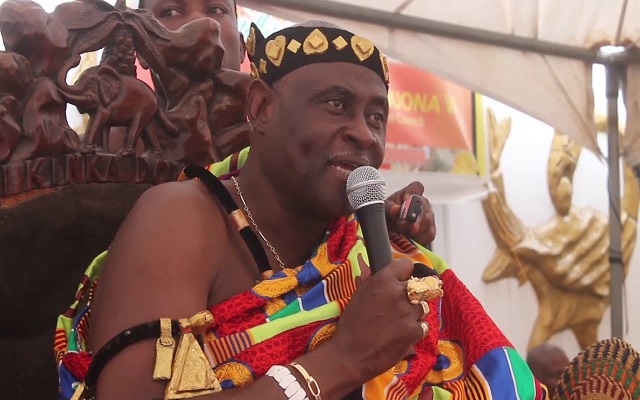 Sources close to the Osu Palace have expressed displeasure at swift media reports that Nii Okwei Kinka Dowuona VI, President of the Osu Traditional Council has died without recourse to the palace.

“Where on earth in our traditional setting does a stranger bypass a child’s parents and announces its death?” an elder at the Osu King Dowuona’s palace asked, in displeasure.

A trio of elders who granted the Ghana News Agency (GNA) on Sunday, in Accra declined to be named, deny or confirm the announced death.

They announced that Dzasetse, the head of the kingmakers, would during the course of the week, hold press on the issue.

With mixed feelings in reaction to the death, the elders wondered if the Chief was really dead, explaining that he would have been invited by his ancestors and forebears to be taken around for an expedition in the spiritual realms or being invited to stay with them.

“After some time, three or more days, he fails to come back, them it would mean that, he has been invited to stay and then an announcement could be made,” one of the elders said.

The elders said they were not the right people to confirm or deny the death, an announcement they said, rested in the bosom of the Dzasetse, who was regarded customarily as the father of the king.

Meanwhile, there have been mixed feelings among some residents of the ancient city on the announcement of the death of Nii Dowuona VI

Some people said they had not heard of the death, others declined to be interviewed, while others objected to being identified on their reaction to the announcement on the death of Nii Dowuona VI, who was also the President of the Greater Accra Regional House of Chiefs.

From the elders at the Osu Dowuona Royal House and the Osu Palace, to the man and the woman on the street, people either declined to grant the interview being sought by the Ghana News Agency (GNA), on Sunday, in Accra, on the announced death of the majesty of the Ga state.

As the GNA got to the town, a number of people interviewed said they were not aware of the death of the king.

“Which of the kings, Old Road or New Road,” as they explained that there were two gates to the stool, and wondered which of the occupants had breathed his last.

When the Agency indicated that it was in the news that Nii Dowuona who had passed on, one respondent, at a location called Ataa Adjetey, pointing toward the direction of the Accra Sports Stadium, said, ”you may go there and ask.”

As this reporter strolled on to where he had been directed, one lady said she had heard about the death of the traditional ruler the evening before, but added “that there’s time for everyone to die”

She further made allegations and unprintable remarks about the late Chief.

The GNA was soon at a house on which was written “Dowuona Royal Family House” but was rather directed to an opposite direction near the Osu Court, where there stood a police vehicle with some police personnel in and out of the vehicle.

A man in the palace declined to talk and rather directed the GNA to the three elders who agreed to the interview.
GNA