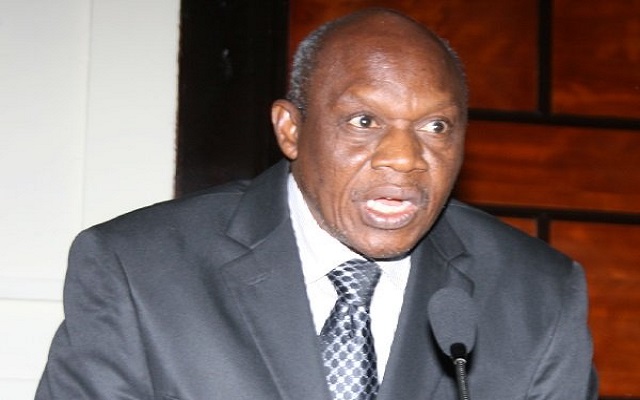 Justice William Atuguba, a retired justice of the Supreme Court has described the Muntaka allegations against the judiciary as a matter of great concern.

Mohammed-Mubarak Muntaka (NDC- Asawase MP), the NDC’s chief whip in Parliament has alleged that a supreme court judge telephoned a female NDC MP-elect and urged her to vote for Prof Mike Oquaye to become Speaker in exchange for payment of her children’s school fees and fuel for her car.

Both NPP and NDC have 137 MPs, hence the election of Speaker was a grave matter to the NPP.

“It is obviously a matter of great concern because the Judiciary is a sacred institution,” Justice Atuguba said. “I used to make this remark when I was on the bench that ‘if on this earth you cannot get justice from the court of law, what is the alternative?”

“God applies his justice through human instruments; from the day of Moses to Samuel and others. Therefore, in every undertaking, we [the Judiciary] should remain focused on trying to serve the country, genuinely to the best of our ability,” Justice Atuguba added when he spoke to Joy News in a report monitored by GhanaWeb.

The election of the Speaker for the 8th Parliament took place on January 7, 2021.

“Shamefully, a Supreme Court judge called a lady colleague telling her what they will give her if she votes for Prof Mike Oquaye. He told her that they will help her take care of her children, she can take fuel from a filling station for free for the next four years,” Muntaka alleged.

“So, we [NDC] are going to look into it. We will look at the time he made those calls,” he stated.

The Chief Justice has since asked for the assistance of the Asawase MP in investigating the issue.

The former MP for Nadowli Kaleo, Alban Sumana Kingsford Bagbin of the National Democratic Congress (NDC) was elected Speaker of the 8th Parliament of the Fourth Republic after a long chaotic process that lasted over nine hours.

Keenly contested by Prof Mike Oquaye, the immediate past Speaker, Bagbin, the oldest serving MP, that is, 1993-2021, polled 138 votes against Oquaye’s 136. One person failed to vote.

That ballot snatching incident and the Muntaka allegations have both, to date, not been investigated.
Source:ghanaweb