No more V8s; Ministers to use Camry, Corrolla 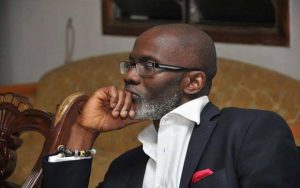 Ministers and Deputies will from 2018 start using Camrys and Corollas instead of V8s as part of cost-cutting measures to be introduced by the Akufo-Addo administration, Gabby Asare Otchere-Darko has hinted.

“I hear so much talk about V8 this month and I am a little confused. What I do know is that the Minister of Finance has stubbornly refused to buy the usual Toyota Land Cruiser V8 or what-have-you for ministers since the change in Government.

“Even the vehicles that were ordered by the previous Government have had to be audited and stalled and audited with little appetite for them except that the contract may have to be honoured even after some necessary adjustments.

“I am also aware that the Finance Minister is in fact planning to buy Toyota Camry, Corolla and the like for Ministers and their deputies, etc. from 2018 onwards. So why all of a sudden all the talk as if there is rather a surge in V8 numbers procured for Govt officials? The irony of social media campaigns, sometimes,” the president’s nephew wrote on his Facebook page.