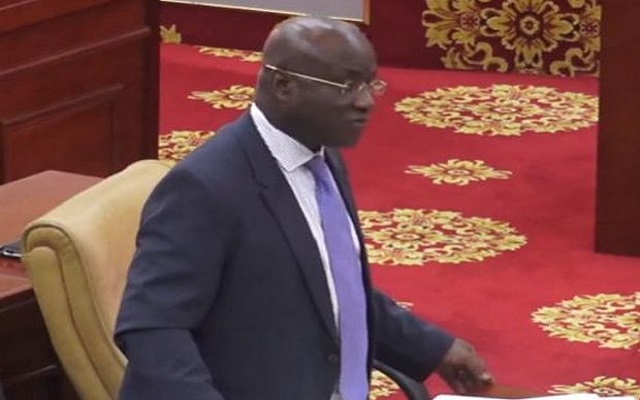 The ruling New Patriotic Party(NPP) Members of Parliament have vowed to take their rightful place in Parliament on Friday when the 8th Parliament has its first sitting.

The National Democratic Congress’ (NDC) Members of Parliament on the night of Wednesday 6th January 2021 ahead of the reconstitution of Parliament occupied the majority side of the House.

They occupied the seats in a switch fashion, insisting that they won the majority of parliamentary seats at the polls.

The Electoral Commission declared 137 seats each for the NDC and New Patriotic Party (NPP) but the NPP enjoys the support of the only Independent MP.

But speaking on “Ekosi sen” show on Asempa FM, monitored by Kasapafmonline.com, the Chief Whip of the NPP caucus in Parliament, Hon. Annor Dompreh stated that nothing will stop the NPP MPs from taking seats designated for the Majority side.
He warned that the NPP caucus will not hesitate to be confrontational if the NDC caucus tries to force its way through.

“If the NDC uses force to occupy the same place, we’ll also apply force. We have apologized to Ghanaians, we don’t want a repeat of that but the Minority should also behave themselves and know that they are not men than those of us in the Majority.”

The Nsawam-Adoagyiri MP added: “This act of desperation that some have decided that whether they are in the minority or not they are in the majority cannot be condoned. So on Friday, nobody is calling for any violent exchanges but we’ll claim our rightful place through any means legitimate.”
Source: Kasapa FM