Report about my revenge on Muntaka is fake 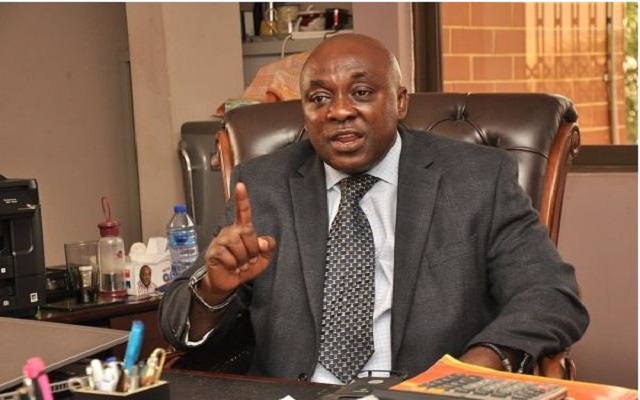 The Member of Parliament (MP) for the Tema West constituency, Carlos Ahenkorah is asking the right-thinking public to disregard media reports suggesting that he will launch a reprisal attack on NDC MPs who attacked him for snatching ballot papers in Parliament during the election of Speaker.

Reports were riffed that Carlos Ahenkorah has threatened to take his revenge on the MP for Asawase, Muntaka Mubarak and his “gang of miscreant” who “attacked and assaulted him on the floor of parliament without any provocation”.

But Carlos Ahenkorah indicated that the purported letter from his office dated 10 January 2021 and making the rounds on social media is fake. 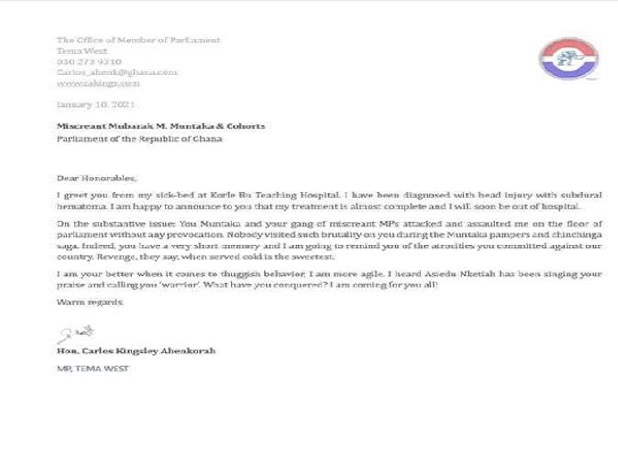