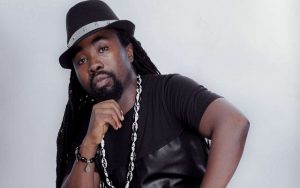 This may come as a disappointment to many who may have been excited over the perception that the song was released to throw jabs at Obrafour spelling an imminent beef between the two.

Earlier this month, Obrafour released his ‘Kasahari’; a hardcore rap song whose lyrics insinuated that some younger generation of rappers were not living up to expectation; insisting that he was still the best of all time.

Many deduced that due to some specific references, the song was directed at Sarkodie.

The rumours were more fueled when not long after that Sarkodie released ‘Almighty’, lamenting on why some people hated him and his craft. 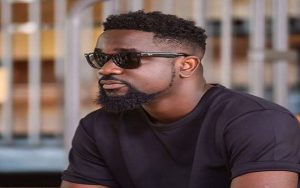 Despite speculations that the ‘Almighty’ song was a reply to the ‘Kasahari’ song, Obrafour is of a different opinion.
He told Andy Dosty on Daybreak Hitz, “it’s a beautiful song, but it has nothing to do with me…..I mean this is Sarkodie, I think he was just freeing his mind.”

He also clarified, not for the first time that his ‘Kasahari’ song was in no way in critical of Sarkodie.

Obrafour believes the lyrics were misconstrued to mean something else.
MyJoyOnline