Our strike to intensify on Monday if… – Ankaful Psychiatric Nurses 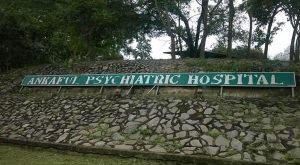 Nurses at the Ankaful Psychiatric Hospital in the Central Region have threatened to intensify their strike if their demands are not met.

The staff carried out their threat to lay down their tools, in an attempt to compel the government to remove the facility’s Medical Director, Dr. Eugene Dordoye from his post.

They are accusing the Medical Director of maladministration and gross disrespect to subordinates.

Spokesperson for the Nurses, Daniel Danso, said the strike will be intensified by Monday if the Ministry of Health fails to meet their demands.

“We are still going to intensify our strike, but we are still in talks [with stakeholders] so we will have our sit down strike till Monday.”

We’re  not aware of any apology

Mr. Danso also indicated that, they are unaware of any apology from Mr. Dordoye.

Dr. Dordoye had issued in which he also explained what he believes might have angered the nurses to take such a move.

But Mr. Danso pointed out that they were yet to receive the apology saying “As we speak, we have not seen any apology from Dr. Dordoye.”

“According to their road-map, by Sunday if they do not hear anything from the sector minister, then they will declare a total strike from Monday, meaning they will not attend to patients that are on admission,” he added.