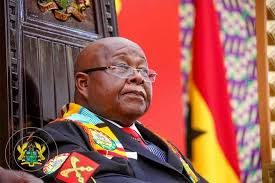 Parliament will set up a select committee to investigate the corruption at the Ghana Football Association (GFA) uncovered by investigative journalist, Anas Aremeyaw Anas.

The Bodi MP, Sampson Ahi, proposed an investigative committee on the floor of the House.

But the official motion was filed by the Minority Chief Whip, Muntaka Mubarak, and seconded by Majority Leader, Osei Kyei-Mensah-Bonsu.

The members of the committee will be decided on tomorrow [Friday].

The Speaker of Parliament, Prof. Mike Oquaye, stressed that “Parliament has the power to make laws to regulate professional, trade and business organisations… for that matter, we are entitled to look into that matter and come to a conclusion one way or the other.”

The extent of corruption in the Anas’ documentary has left Ghanaians stunned.

Several high ranking members in the GFA, including its President Kwesi Nyantakyi, have been implicated in acts of corruption.

Top football administrators were also seen taking money to give footballers call-ups to the national team and more playing time.

Notably, Eddie Doku, the Greater Accra Regional FA boss, has been caught on tape taking a bribe to influence game times for a player in the Black Stars Team B.

Previous PostThe man who killed his family with an axe Next PostAnas Exposé, Recipe For Coup D'etat - Asiedu Nketia