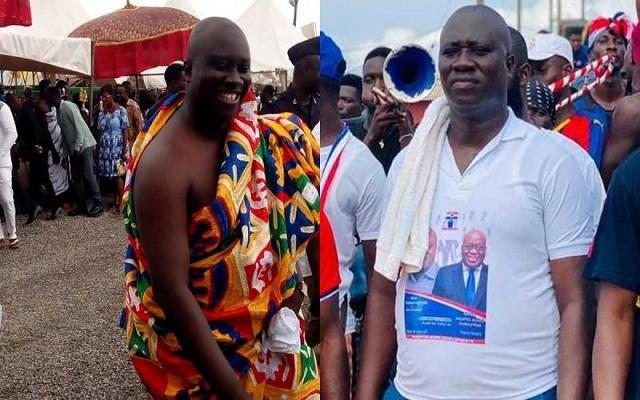 When sitting resumed today, Monday, January 18, Assistant Superintendent of Police (ASP) Fuseini Yakubu, told the Court that the police was waiting for the three reports.
According to ASP Yakubu, the three reports would determine the Police next line of action.

The prosecution announced that the Police had been served with a notice of Alibi filed on behalf of Alhassan Abubakar, but the said Alibi did not indicate the contacts, house numbers and names of the witnesses.

“We need further and better particulars of the witnesses in our investigations,” it said.
On the itemised bill of the phone contacts of the accused persons, the Prosecution said the Police was analysing them, adding that “we need two weeks to get the various reports.”

ASP Yakubu indicated that the Police was going to investigate the Alibi and when granted bail, the accused would interfere with investigations.

He said the Police was following some leads and they (the Police) would not like to disclose anything in court.

Currently, ASP Yakubu said the Police was pursuing one Mohammed, an accomplice who is at large.

Mr Diah Marcellinius, who held brief for Mr Martin Kpebu, for Alhassan Abubakar, admitted that he had filed the notice of Alibi and ready to furnish the Police with details they needed so they could investigate.

Mr Paul Kumi, counsel for Fuseini Alhassan, noted that if the adjournment sought by the Police was “housekeeping”, then it was fair and hoped not a way to keep the accused persons in custody to constitute a breach of their freedom.

He renewed his application for bail, noting that the accused persons had been in custody since October 16, last year.

The defence counsel said there was “no news” on the Ballistic examination.

The accused are: Alhassan Abubakar aka Abu Fulani, Naziru Fudailu Nash, aka SP, Alhassan Mahama Yahaya, aka Mystical Cloud, Amadu Yakubu, Haruna Osmanu, Adam Alhassan, Fuseini Alhassan, aka, Black Smith, and Fred Tetteh, aka, Walace and one Mohammed and others who are said to be at large.

The accused persons are facing various charges of conspiracy to commit crime and robbery.

According to the Prosecution, Alhassan Abubakar, aka, Abu Fulani, was a mobile phone repairer residing at Akwatia Line, Kumasi and Naziru Fudailu Nash, alias, SP, a businessman, living at Aboabo No. 2, Kumasi.

The Prosecution said Alhassan Mahama Yahaya, aka, Mystical Cloud, was unemployed and lived at Dansoman in Accra, Amadu Yakubu, a Mobile Money agent at Mankessim Zongo whiles Haruna Osumanu, was a trader, living at Mankessim.

It said on October 9, this year, at about 0100 hours, Police had information that armed robbers had barricaded a section of the road between Abeaze-Dominase and Duadze on the Mankessim Assufosu highway, robbing commuters of their mobile phones, monies and other valuables.

The prosecution said Police quickly mobilised men and proceeded to the scene but narrowly missed the robbers.

It said at the scene, Police saw a number of vehicles parked on the road with some of the victims who had sustained various degrees of gunshot wounds with one dead.

The prosecution said a body was later identified as the Member of Parliament for Mfantsiman, Ekow Quansah Hayford.

It said two of the victims, one Patrick Asante, a Kia truck driver and Uncle Issah, the MP’s driver, got seriously injured.

The prosecution said the Police cleared the road to restore traffic flow and conveyed the victims to Winneba and Cape Coast Hospitals for medical attention.

It said the body of the deceased Member of Parliament was later deposited at the Saltpond Mortuary pending autopsy.

According to the prosecution, investigations revealed that, the late MP for Mfantsiman filed his nominations form on October 8, this year for re-election and decided to visit four communities in the Taabosom Electoral area namely; Effutakwa, Opim, Takoradi and Duadze.

It said the MP arrived with his campaign team on board a Mitsubishi pickup branded in New Patriotic Party colours and the robbers immediately fired gunshots into the vehicle, bursting the tyres of the vehicle, which eventually stopped after running into a ditch.

The prosecution said the robbers surrounded them and demanded for all their valuables.
The robbers pointed a gun at Stephen Allan and asked whether he was the MP, which he replied in the negative.

Prosecution said Mr. Hayford, the MP owned up so they pounced on him and collected his Samsung galaxy 850 mobile phone and also demanded money.

It said the late MP told the robbers that he had used up all his money as he was returning from a campaign tour.

“He, therefore, pleaded with them to take him to his house to give them money but they refused and shot him, killing him instantly,” the prosecution said.

It said the Police tracked the mobile phone of the deceased to Kumasi and arrested Nash at Aboabo in possession of the deceased Samsung galaxy 850 where Nash mentioned Abubakar as the person who sold the phone to him at GH¢780.00.

The prosecution said Nash led the Police to Akwatia line where Abubakar was also arrested.

Abubakar mentioned Mohammed as the one who sold the phone to him for GH¢680.00, leading to the arrest of Yahaya, Yakubu, Osumanu and Alhassan, in connection with the robbery and murder of the MP.

The prosecution said efforts were ongoing to apprehend Mohammed and other accomplices.
GNA