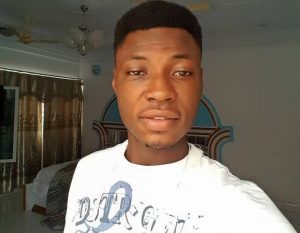 Two men suspected to be part of an international crime syndicate that has allegedly defrauded many people in the United States of America (USA) in numerous gold scams and electronic fraud to the  tune of $10m were yesterday put before the Accra Central District Court.

Maxwell Peter, a Ghanaian, and Babatunde Martins, a Nigerian, are said to be part of an 11-man syndicate that hacked into the email server of a company in the USA and allegedly convinced clients of the company to transfer funds into their bank accounts.

Members of the syndicate are alleged to have committed their criminal activities between 2007 and 2017.

With regard to the allegation of hacking into the USA-based company, the prosecution claimed that the syndicate hacked into the email servers of a real estate company based in Memphis, Tennesse, USA.

After hacking into the email server, the prosecution claimed, the members of the syndicate used their email addresses and bank accounts to misdirect funds meant for the company by way of a process known as “business email compromise” (BEC).

“The syndicate monitored the email correspondence of the company to determine when a large financial transaction will take place.

“After the wire transfer from a legitimate customer of the company, the syndicate will send a follow-up email that appears to come from the company to the customers to redirect the money into their bank accounts,” the prosecutor said.

However, Sumalia Hardy Wumpini, Victor Daniel Fortune, Dennis Miah, Olufoajimi Abegunde and Ayodeji Olumde Ojo, the other alleged members of the syndicate, are currently at large.

All the suspected members of the syndicate have been slapped with a total of 19 charges.

The 11 men have all been charged with conspiracy to defraud, while the individual members have each been slapped with defrauding by false pretence.

Each alleged member of the syndicate has also been charged with unauthorised interference with electronic records, contrary to Act 772. 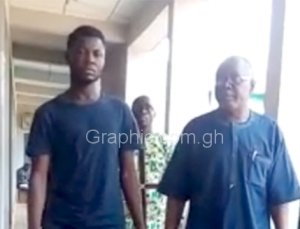 At Tuesday’s hearing, while the lawyer for Peter prayed the court to grant his client bail, that for Martins implored the court not to entertain the case because it had no jurisdiction to hear it.

Mr Alidu Mohammed, the lawyer for Peter, in his submission, told the court that the offences levelled against his client, per a recent Supreme Court ruling, were bailable.

He also argued that the facts of the case, as presented by the prosecution, did not support the charges levelled against his client.

The lawyer for Martins, Mr Charles Bentum, on the other hand, prayed the court not to hear the case because his client was before the Economic and Financial Division of the Accra High Court on the same charges.

“If the district court accepts jurisdiction, it will put itself on a collision with the High Court,’’ counsel argued.

The arguments by the two lawyers were, however, rejected by the prosecutor, who pleaded with the court to remand Peter and Martins.

He argued that under Section 144 of the EOCO Act, 2010 (Act 804), any judicial or quasi-judicial body or tribunal had the jurisdiction to hear cases that were economic crime in nature.

According to him, the ninth to 19th charges were charges under Act 804 and, therefore, the court had jurisdiction to hear the case.

He also contended that the case was still under investigations by EOCO, the Ghana Police Service, the Federal Bureau of Investigations (FBI) of the USA and other security agencies.

After the submissions by the prosecution and the defence counsel, the court, presided over by Mrs Dora Gloria Araba Eshun, remanded Peter and Martins in the custody of EOCO.

She then adjourned the case to December 19, 2017 to give a ruling on the bail application.