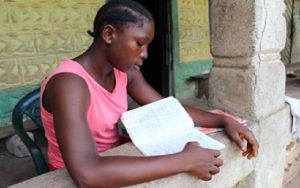 The Birim North District recorded 309 cases of teenage pregnancies between the ages of 10 to 14 years this year as compared to 280 in the previous year.

Thomas Azurago, the Birim North District Health Director who disclosed this to the media called for the need for the Directorate, the District Assembly and traditional leaders to create awareness for parents to help reduce the menace.

He said stakeholders in the communities can make rules and regulations to prevent teenagers from engaging in premarital sex and prevent child marriages.

Mr Azurago said maternal mortality in the District was also becoming a major challenge for the Directorate and therefore urged pregnant women to begin their prenatal clinic attendance early to help reduce it.

He said the District had planned to deploy midwives to deprived communities in the District to assist Traditional Birth Attendants (TBAs) in order to minimize maternal mortalities drastically.

Mr Azurago also mentioned tuberculosis, anaemia, diabetes, hypertension and obesity as the most common diseases among the people in the area.

He entreated the public to often do regular check-ups to help stay strong and healthy.

He appealed to the Assembly to provide an ambulance for the Birim North Government Hospital and an office for the Health Directorate to support their services delivery.
Source: ghananewsagency.org