The man who killed his family with an axe 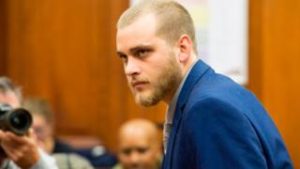 Henri Van Breda, who murdered his father, mother and brother with an axe in South Africa in 2015, has been sentenced to life in prison.

A South African paramedic describing the aftermath of the attack on the wealthy Van Breda family said it was the worst thing he had seen in his 39-year career.

“Blood ran like a waterfall down the stairs,” testified now-retired Christiaan Koegelenberg.

More than three years after Mr Koegelenberg walked into the midst of that horrific scene, a judge has found the family’s only surviving son, Henri, guilty of using an axe to kill his mother, father and brother.

His younger sister managed to survive the attack in their home in a gated housing estate in Stellenbosch in South Africa’s wine region.

Van Breda, was 20 at the time of attack – but the motive for the horrific murders is still not known.

Some believe he did it was to inherit his father’s multi-million dollar estate, but this was never proven.

Whatever the motive, investigators and South Africans alike have been left shocked by the violent nature of the attack. 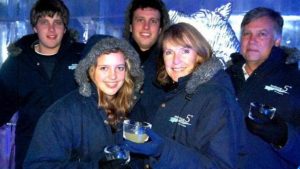 Martin and Teresa van Breda were found in a pool of blood on the first floor of their home on the De Zalze Golf Estate on the morning of 27 January 2015.

Close by was the body of their 22-year-old son Rudi and their 16-year-old daughter Marli, who was fighting to stay alive. Van Breda, meanwhile, had sustained only minor injuries.

The attacker had moved quickly and determinedly.

The Western Cape High Court agreed that the extent of the injuries meant that the assailant had intended to kill.

Van Breda gave a statement to police soon after the incident saying that a well-built black intruder was to blame.

He described a man wearing gloves and a balaclava breaking into the family home.

A recording of his phone call to the emergency services, made at around 07:00, was played to the court.

“My… my family and me were attacked… by a guy with an axe,” he said.

But who would want to kill the family in such a brutal and merciless manner?

He testified at his nephew’s trial saying that his 54-year-old brother Martin and sister-in-law Teresa, 55, were loving people who had no enemies.

He told the court they had been a close-knit family.