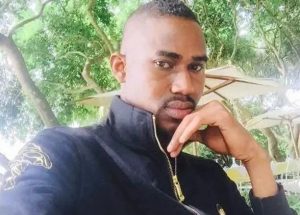 Popular Ghanaian millionaire Ibrahim Daouda is reportedly in the grips of the police for defrauding a friend to the tune of $400,000.

Daouda is alleged to have received a bank transfer on behalf of one Heloo and has refused to give the money to the owner.

However, the young millionaire isn’t ready to go down alone. He has thus threatened to massively expose other money launderers in the business with him.

In a series of messages on his Snapchat, Ibrah, as he is popularly known, threatened to expose some key Ghanaian political figures who he claims are involved in fraud.

Ibrah is famously known for a gesture he pulled on his birthday last year by sharing iPhones to random passengers in a trotro in Accra.

Ibrah, was picked up by police at his plush East Legon mansion and is reportedly set to be extradited to the United States to stand trial.