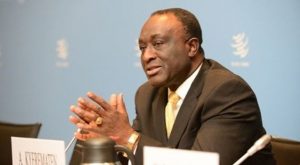 Trades and Industry Minister, Alan Kyeramaten has officially responded to the query by the Office of President over the role his ministry played in the collection of $100,000 from some expatriate businessmen and women.

The money was the cost the expatriates had to incur for the chance to sit on the same table as the President at an event recently.

News of the cash-for-seat transaction caused a stir on social media, with the opposition National Democratic Congress (NDC) calling it an act of corruption.

The furore generated by the matter caused President Addo Dankwa Akufo-Addo to demand answers from the Trades Minister.

The Ghana Expatriate Business Awards was organised by the Millennium Excellence Awards in collaboration with Ministry of Trade.

Director of Communications at the Flagstaff House, Eugene Arhin, has revealed President Akufo-Addo has received the response from the Trades Minister but he will not reveal the contents.

Mr Arhin said the President is studying the response sent by the minister of state to decide on the matter. 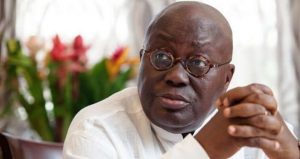 “As I speak with you now the Trade Minister has responded accordingly and the President is studying his response” Eugene Arhin revealed to Afia Pokua, host OF current affairs programme, Burning Issues, on Wednesday.

“Whatever will be the case, we want to bring finality to the issue as quickly as possible, whatever directive the president will issue will be known to the general public” Mr Arhin stressed.

Mr Arhin had already said President Akufo-Addo had no idea some persons had to pay $100,000 to sit by his table at the December 8 Ghana Expatriate Business Awards organised by the Millennium Excellence Awards in collaboration with the Trades Ministry.

This follows the call by Minority MPs for the President to explain if he was aware that expatriates had to pay between $15,000 and $100,000 to sit close to him at the event.

The National Democratic Congress (NDC) Members of Parliament are demanding for serious investigations into the matter.

The Minority Chief Whip, Alhaji Mubarak Muntaka contributing to the discussions on Burning Issues called for a bipartisan investigation into the mater.

Meanwhile, the New Patriotic Party (NPP) MP for Bantama, Daniel Okyem Aboagye, also supported the call by the Minority MPs for proper investigations into the matter.

Programs coordinator of Ghana Integrity Initiative (GII) Michael Boadi has lauded the president for taking swift steps on the matter.

He stated that sanctions must be meted out to culprits in what has been described widely as extortion by officials of the Ministry of Trade and Industry.

Previous PostMiss Ghana organisers attack ‘malicious, vicious’ allegations Next PostPastor to give money from sale of 709-carat "Peace Diamond" to the poor