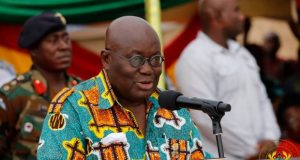 The Political Science Department of the University of Ghana says the Akufo Addo government’s approval rating in its first year, stands at 62%.

In a research conducted by the Department which focused on democratic governance, 49% of the 5000 voters sampled, endorsed the Free Senior High School [SHS] programme, making it one of popular initiatives of the government.

It was followed by government’s fight against illegal mining, which was at 37%.

On the Office of the Special Prosecutors Bill, 64% of Ghanaians backed government’s decision.

Dr. Bossman Asare, Head of the Political Science Department at the University, who presented the findings, however, said Ghanaians had mixed feelings about the character of the yet-to-be-named Special Prosecutor.

“Citizens expect their government to pursue policies that have the capacity to transform their livelihoods and they view a successful government as one that initiates transformative policies, and here what we are basically saying is that, once you are doing good things, citizens identify with you.”

“In Ghana, there seems to be a high popular endorsement support for government innovative policies. In terms of ranking the policies, the Free SHS stands at 41. 2 percent. Clamping down on illegal mining came second at 37.2 percent, then behind that, restoration of Teacher and Nursing allowance is 36.5 percent.

On the National Health Insurance Scheme (NHIS), Dr. Asare noted that “Although the NHIS for example is not so perfect, we heard the voters making it very clear that they thought that it has seen some revival.”

This rating comes days after the Industrial Commercial Workers’ Union (ICU) scored Nana Addo’s government 80% in it’s assessment, but emphasized the need for government to speed up processes to get the Special Prosecutor Office running effectively. 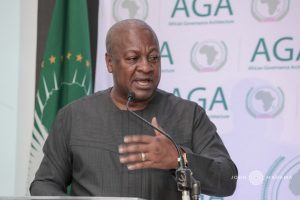 58% of voters want Mahama as Flagbearer

According to the survey, 58% of voters indicated they want former President Mahama to lead the opposition National Democratic Congress, NDC in the 2020 elections.

“We wanted to find out who the voters think should lead the party in 2020 and overwhelmingly 58% of the candidates we interviewed said they believed Mr. Mahama will become the candidate. It means when you look at the graph, some people were getting 2 percent. Prof Alabi, Ricketts Hagan, Spio Grabrah, I think all of them were getting less than 7% so we were all surprised.”

The New Patriotic Party (NPP) government officially marked the first year of its administration on 7th January, 2017, after wresting power from the then NDC government led by John Dramani Mahama.

The party claimed electoral victory on the back of many campaign promises aimed at boosting social infrastructure and providing a convenient economic environment for private businesses to thrive.

Despite the 62% acceptance rating, the government has had its share of controversies, with several of them being alleged corruption scandals.