Chinese Have No Agenda To Colonise Ghana 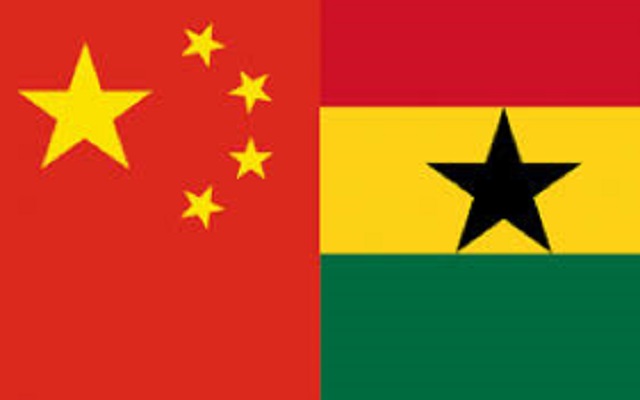 Ghana’s mutual engagement with China should  not be seen as China colonizing Ghana.

What Ghana needs to do, is make the best of its relations with China by ensuring, that its citizens gain from of a revitalized economy in the areas of health, education and road infrastructure among others.

“What is needed are experts who would ensure, that that our engagement with China yields the best gains possible for Ghana.”

Dr. Benjamin Anyagre, General Secretary of the Ghana China Friendship Association (GHACHIFA), told the Ghana News Agency in an interview, that engaging with other countries in the quest to achieve socio-economic growth, which was crucial to political stability, was the way to go for any country.

“We are not an island. We need to share best practices with other countries for mutual gain,” he observed.

The GHACHIFA General Secretary observed that Ghana had to learn from a key feature of most developed countries with respect to their relations with other nations saying, ‘these countries always considered first and foremost their interest in all their dealings. Permanent interests go to the heart of their countries’ growth.”

Dr. Anyagre said it was worth noting that, whilst many tribes had come together to form the nation Ghana, “our national identity has to be built on a common interest as a people. Partisan politics must be approached in a manner that promotes the common interest of our people.”

He said it was important to objectively analyse Ghana’s relations with China, in order to have a good grasp of the real merits, instead of promoting negative sentiments which had no concrete basis.

Dr. Anyagre noted that China had greatly contributed to Ghana’s socio economic growth in several fields such as education, infrastructural development, the agricultural sector, and many more.

“If the Chinese are in Ghana, obeying our laws and helping us to grow and improve upon our economy, then they are friends who must be embraced and not castigated and maligned with bad propaganda,” he noted.

Dr. Anyagre touched on anti-Chinese sentiments that had lately been expressed by some sections of the media and noted, that there had been many occasions when other foreigners had committed offenses in the country, adding, “why are some of us targeting China and the Chinese and what is the fear?”.

He said China was clear in its policy, regarding its relations with Africa and Ghana for that matter, so all Ghana had to do, was to follow through its partnership with China, with the right principles and practices at the heart of its dealings.

The GHACHIFA General Secretary said one core lesson that Ghana could learn from China with respect to its development, was that China reached its present level of socio-economic advancement, out of what he termed as “despotic” cultural systems, consisting of several tribes.

“Today, China, despite a difficult past, is a solid nation. Can we learn from them?” Dr. Anyagre asked.

He observed, that the principles of Confucius, which lay emphasis on the need to learn and abide by such virtuous qualities as humility, honesty, discipline, accountability, selflessness and a genuine yearn for progress among several others, were keenly observed by the Chinese, which as a result, propelled them to their current level of progress.

Dr. Anyagre said whilst many tribes had come together to form Ghana, “our national identity is supposed to be built on our common interest as a people.”

China’s non-finacial direct investment to Ghana, reached US$3.2 billion by the end of 2017