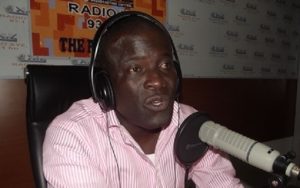 The Ministry of Transport has indicated that, vehicle owners who have already been charged for the unapproved First Aid Kits by the Driver and Vehicle Licensing Authority (DVLA), can file for a refund.

This follows a directive by the board of DVLA that halted the implementation, after the Transport Ministry said the DVLA acted arbitrarily in implementing the policy.

Speaking on Eyewitness News, a Deputy Transport Minister, Titus Glover, said potential claims should be “looked at case by case,” whilst reiterating his earlier assertion that the situation was totally unacceptable.

“They should make an application. So long as the board has instructed that they should stop it entirely. It should be looked at on a case by case [basis], and if you make the application, why not,” the deputy Minister stated.

The DVLA halted the charges on the instructions of the Ministry of Transport.

The Ministry said that stakeholders involved were not properly engaged ahead of the policy’s implementation.

The DVLA introduced the compulsory charge of GHc 108 for the acquisition of the kits for new vehicle owners seeking to register their vehicles.

The charge was met with stiff opposition from vehicle owners, who argued that they reserved the right to purchase such items by themselves at a cheaper cost.

Meanwhile, the Minority Spokesperson on Roads and Highways, Kwame Agbodza, has told Citi News the Transport Ministry must immediately set up a committee to probe the matter.

“Who actually at the DVLA decided that in the name of this country called Ghana, drivers should be charged GHc 108 for First Aid Kits? The Ministry [should] quickly set up a committee, identify this individual or individuals and sanction them appropriately.”

“Ghanaians are not going to take this apology and go home and say that is the end of it,” Mr. Agbodza stated emphatically.