Ghana lost about GH¢8billion to infractions in 2016 – Auditor General 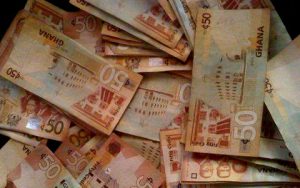 The Auditor General has said the nation lost about GH¢8billion to infractions in the year 2016, mainly due to systematic weakness.

Daniel Domelevo said the money is irrecoverable because they were lost due to internal control weaknesses and not cash irregularities.

He said the monies that they were going to recover was the ones that people used for “personal economic recovery, which is monies they stole or got from bloating of prices”.

His outfit on Monday surcharged some 62 organizations that are to repay a total close to GHC 9million unduly paid to them by the state.

He added, however, that the ones lost to infractions resulted from using unorthodox procurement means and no one can be faulted.

“The weakness may be because the proper procurement method was not used and that’s what we identified as infractions,” he said. 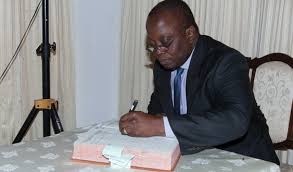 Mr. Domelevo believes the way out of this spat is for these institutions to draw an action plan that will be used to address the identified infractions in the report.

“The Ministries, Departments and Agencies that have been identified must come out with an action plan to say in a month or six months or to say we are addressing the infractions [so] this is not going to recur,” he stated on Joy News TV’s Newsfile Saturday.

He added, even though that is not a legal procedure in Ghana for them to follow, it is the practice done in the advanced economies.

Responding to why his office has not taken on the organizations concerned for the infractions noted, Mr. Domelevo stated that, constitutionally, his office is mandated to do an audit, state the irregularities identified and submit the report.

“It is the Attorney-General that should determine if these are criminal issues and take them further,” he stated.

He also noted that in his opinion, the existing audit report committee whose duty it is to implement the reports are illegal.

“The law states that the Minister of finance must give a regulation before the country can have a lawful audit report committee,” he said.