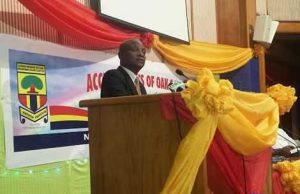 Hearts of Oak fans are planning a mass protest calling for a change in direction the club is being taken by owner and majority shareholder Togbe Afede XIV, GHANAsoccernet.com can report.

The angry supporters are horrified by the side’s downward spiral, claiming the seven-year reign of the traditional ruler, has been catastrophic, to say the least.

The Ghanaian giants has become a laughing stock in the West African nation after playing catch-ups since the business mogul bought majority shares.

Their title hopes have faded badly in the past seven years – leaving their fans in anguish and despair amid a growing movement by past management to take control of the ‘sinking’ powerhouse.

Togbe Afede XIV is increasingly the target of fans’ frustration, amid claims the owner is reluctant to spend after seeing his huge investment yielded little or no results.

The fortunes of the 2000 African champions have fallen in a spectacular fashion and appear to be out of sink with no direction.

The club appear to have lost out on key players for NOTHING after captain Thomas Abbey refused contract extension.

Defender Vincent Atinga is seeking a floating status to pave way for him to join Swedish side BK Hacken while Fatawu Mohammed is on his way out of the club.

Ivorian Robin Gnagne is believed to be itching closer to a move to rivals Asante Kotoko after being spotted in Kumasi with striker Kwame Kizito confirming his departure from the once powerful Ghanaian side. 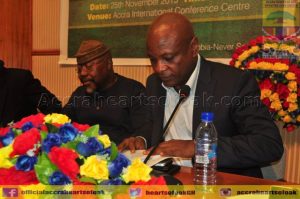 The mass movement of players have brought into sharp focus the lack of leadership and direction at the club.

Angry fans are planning a massive demonstration against the highly-respected Asogli chief in a bid to force him to relinquish his hold of the club.

But it appears any attempt to get him out of the way, won’t be walk in the park as it will require substantial amount of cash to buy out over 70% shares owed by the President of the National House of Chiefs.

Former management members are staging a massive campaign to reclaim the club, accusing the owner of lacking the professional know-how to turn around their dwindling fortunes.

The bitter power struggle as escalated in recent months as current and previous management throw public jabs at each other.

However, Togbe Afede XIV has insisted he will relinquish his hold of the club if his shares are bought.

It’s promises to be a massive showdown when the stakeholders of the club attend the Annual General Meeting in the next couple of weeks.

Togbe Afede XIV became the board chairman of the Phobians after purchasing majority of the club’s shares floated in 2010.

The club’s performance on the field of play however deteriorated to the extent the side escaped relegation by the skin of the teeth in 2015.

But the team improved significantly this season, placing third on the domestic front while losing the FA Cup crown to internal rivals Asante Kotoko.

The defeat appears to have ruffled feathers in the Phobians camp with renowned Chief of the Asogli State in the Volta Region, incurring the wrath of several of the club’s high-profile personalities.