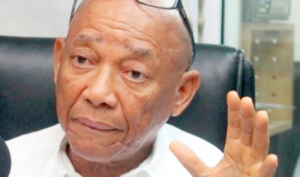 A former CHRAJ boss suspects that the Senior Minister’s conditional condemnation of the President’s complimentary remarks about JOSPONG may be an attempt to undo the President’s error.
Justice Francis Emile Short says Yaw Osafo Maafo was trying to “undo the damage” done by the president in making complimentary remarks about Joseph Siaw Agyapong, whose businesses are under an investigation for alleged inflation of contracts.

President Akufo-Addo on a tour of one of the subsidiaries of JOSPONG Group, the Accra Compost and Recycling Plant at Adjen Kotoku on November 10, lauded the Group Chairman, Joseph Siaw Agyepong, urging him to deal with the controversies surrounding his business models.
“What we are witnessing here is the modern way of providing service, the collaboration between the State and private sector to deliver public goods. And, in this case, the most important in any city is sanitation,” the President said. 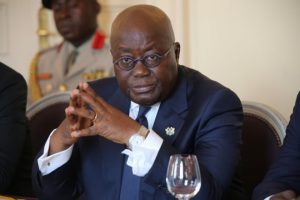 But Mr. Yaw Osafo Maafo speaking Monday at the launch of the National Anti-corruption and Transparency week observed, the president’s endorsement of the JOSPONG Group of Companies cannot be right if the alleged corrupt deeds of Joseph Siaw Agyapong’s company are found to be true.

He remained convinced that Mr. Osafo Maafo’s intervention is an attempt to repair the damage the president’s remarks have caused.
“I think that’s an error and I’m not surprised that it hasn’t gone down well with anti-corruption campaigners and the minority members in parliament,” he said.
Justice Short maintained the damage would be completely erased if President Akufo-Addo himself comes out to clarify the comments.
“The president himself ought to come back and correct the error” because “the Senior Minister may not have completely erased the damage…He has done so to some extent but the President must come out and do some kind of damage control,” Justice Short further advised.