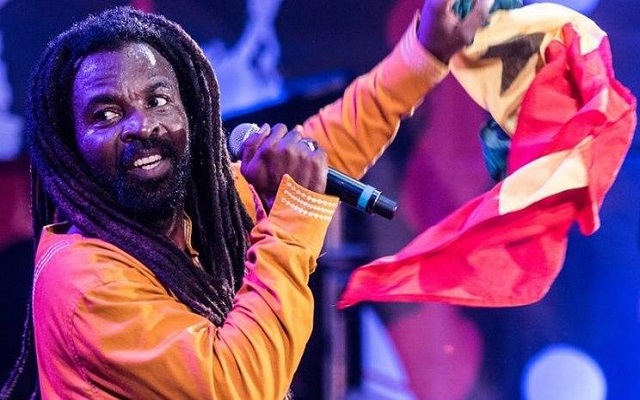 International Music Icon and Humanitarian Activist, Rocky Dawuni, revealed in an interview with Blakk Senses on Agboo 92.9fm that, his just-released album, “BEATS OF ZION” is meant to represent (modern) Africa, its power and glory when he was asked why he named the album as such.

“Zion is Africa, Zion is Ghana. We are the keepers of Zion. Africa is the root of all humanity. When I talk of Beats of Zion, it’s like the sound, vibration, pulse of Ghana and Africa that right now in this day and age is calling all the children of Africa home and abroad that it is time for us all to return and be part of the emergence of this amazing era and dawn of this continent to really run its own affairs and also be at the forefront of human and cultural revolution from now onwards. The album is meant to represent Africa, its power and its glory.” Says Rocky Dawuni.

The ‘In Ghana’ hitmaker urged Ghana and Africa as a whole to take major step to embrace the legalization of marijuana. He stated that Ghanaians should stop thinking the old ways about marijuana. He added that the ‘so-called’ advanced countries are making billions of dollars from the marijuana business because of its medicinal purpose.

“If people stop thinking of marijuana like the way they used to think of it, it will be beneficial to us. If we Africa who have the best land, we are still sitting down and every day we go for loans from countries that are colder for marijuana production and cultivation like Canada and the rest yet still making billions of dollars from the business when we can jump on this and use the opportunity to also free ourselves from the slavery of debts which most of the time keeps us down and have the opportunity to do this and we are wasting time still talking about people are going to smoke it and all that, we should take a major step to embrace it. It is about the new medical paradigm that we need not to be left out of,” he stressed.

Countries such as The Netherlands, Spain, Uruguay and Portugal have legalized its use, however in places such as Mexico, Canada, Australia, Italy, Germany and Israel, they have only legalized the medicinal use of cannabis.