The use of ‘juju’ at Peace and Multimedia high – DJ Oxy 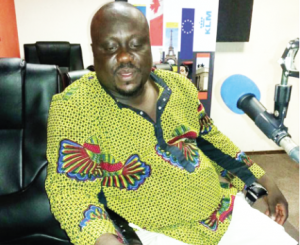 Chief Executive Officer (CEO) of Oxy FM, Alfred Kwame Larbi popularly called DJ Oxy, has said the use of ‘juju’ in radio is extremely high and should not be disputed by anyone.

He says there are some journalists who have fortified themselves whereas some have mallams who protect them. Others have people who prepare charms for them, he added.

He was speaking on GH Entertainment on Rainbow Radio  with host Agyemang Prempeh.

Using himself as an example, he said a former worker at his station, took his news team to a ‘juju’ man so they would be tied so he [worker] will shine and excel than his colleague workers.

DJ Oxy said there is hatred at multimedia and the use of ‘juju’ at Joy is high. That of Peace Fm is worse, he added. He said the gospel truth is that, some journalists use ‘juju’ to kill each and made reference to the state broadcaster, GBC where a worker was killed through ‘juju’.

He was responding to claims by some individuals that the late Asempa afternoon political show host, Kwadwo Asare Baffour Acheampong aka KABA was killed through ‘juju’.