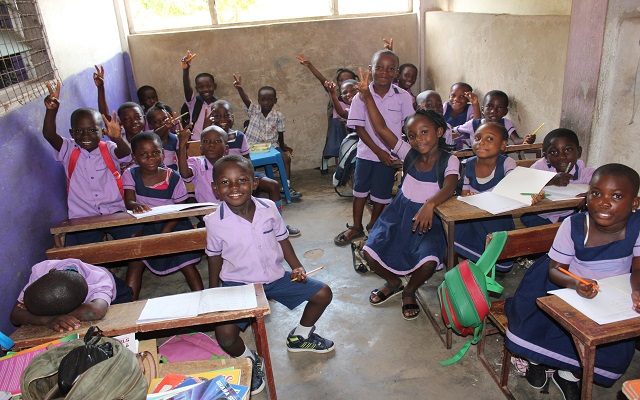 A virologist at the Kumasi Center for Collaborative Research, Dr Michael Owusu has called on the government to take a firm decision to close down pre-schools, kindergarten and lower primary sections of schools in the country.

According to him, this move will hep control the rate of the virus’ spread i the country.

“If we have to tackle schools, I don’t think that closure of all schools is necessary but we may begin by looking at the kindergarten and lower primary.”

Speaking on JoyNews Prime, Dr Owusu explained that such action is necessary as “it is extremely difficult to fully implement the protocol, and then observe how the numbers will go” at those levels.

There had been suggestions from a section of the public to shut down schools following recorded cases of Covid-19 from primary to secondary level after the reopening.

Meanwhile, Lecturer at the Global Health Department of KNUST, Dr John Amuasi believes that data available in Ghana and elsewhere suggest that the virus’ spread in schools is relatively low in the scheme of things except for the known threats associated with the gathering.
Last week, he explained the Leader of Global Health and Infectious Diseases Research Group at KCCR argued that aggressive sampling in communities will be the most imperative decision to take if the concern cases about school contagion are any to go by.

“For me, rather than focusing the efforts on random sampling within the schools, I will continue to trumpet the need for random sampling at the community level because this is what will allow us to measure the real rate of spread at the national level,” he said on February 1.

Dr John Amuasi further explained that; “If you measure the rate of spread at the school level, it does not provide significant information for decision making because these are the same people that move back home and then infect their parent, grandparents and who they meet.”