Asamoah Gyan yet to contact family after DNA test 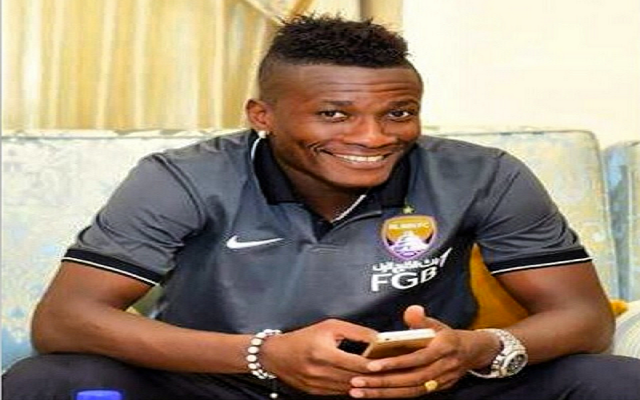 The Captain of the Black Stars, Asamoah Gyan is yet to contact his wife and children months after a DNA test confirmed he is indeed the biological father of his three children, GhanaWeb has learnt.

GhanaWeb sources close to the family indicates that the footballer has still not reached out to his family but still wants his five-year marriage annulled by the court.

The footballer, after filing for divorce in court by his lawyers denied fathering the three children he had with the wife, Gifty and demanded a DNA test to ascertain whether he is the biological father of the three children.

The DNA results, however, turned out to be positive which implies that Baby Jet as he is known by his friends, fathered the three children with Gifty Gyan his wife.

The source added that the Gyan, who has is currently in Ghana and doing some philanthropic work, is yet to reach out to his family living in the UK and also take up his responsibilities as a father.

Ghanaian footballer and captain of the Ghana Black Stars, Asamoah Gyan filed for an annulment of marriage from his wife, Gifty Gyan, at the Divorce and Matrimonial Division of the High Court, Accra.

The footballer denied fathering their three children and demanded a DNA test be carried out on all three to ascertain if he is the father of the children.

Although Gyan has had a ‘scandal-laden’ career, he has successfully shielded his wife and three children from the public eye and media scrutiny.

Details of why Asamoah Gyan’s marriage to Gifty has hit the rocks are unknown but sources close to the estranged wife say Gyan grew cold towards Gifty after another woman came into his life.

The said woman was in June last year mistaken for Asamoah Gyan’s wife at the grand opening of his new sports bar located in Osu, Accra.
Source: www.ghanaweb