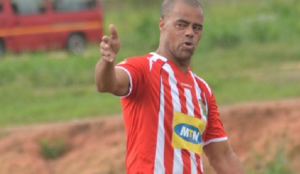 Kotoko head coach, Steve Polack, has signed a 2-year deal to stay with Kotoko ending a period of speculation over his future.

The deal was confirmed by Kotoko on Tuesday on its website

After signing the deal, Polack said he was delighted to have been given the chance to work with the Porcupine Warriors  for a longer spell than the six months he was given last season.

“I am delighted by this. Its been an amazing experience. A year in which we worked hard together to achieve something great. It’s a rekindled relationship and the task now is for us to work even harder in the coming year to win more.”

“I have said time and again that the supporters have been very good to me since I arrived and that’s really special for me. I look forward to achieving success together.”

While the MTN FA Cup run produced success for the Reds, the league season was more challenging. The team finished 5th on the league log and scored only 23 goals during the 30-game season. They were the league’s second lowest scoring side after Bolga All Stars.

Despite that, the Kotoko management said it was happy at keeping Polack for the coming season.

“The new deal only proves our faith in him and his work, and we are certain he can continue to deliver results both at home and even as we make a return to Africa,” said Kotoko Communications Director, Obed Acheampong.

“The management is happy with the decision on Polack. Every team needs technical stability and with time, Polack will get the job done.”

Kotoko are getting ready for the next Ghana Premier League and will soon head into intense pre-season training.