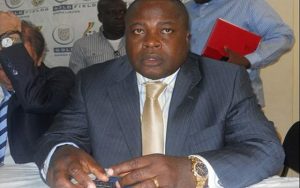 Former Ghana Football Association Vice President, Fred Pappoe, has called on the leaders of the FA to do their best to reduce the amount of scandals that surround the Ghana Premier League if they want to attract sponsorship.

The Ghana Premier League has been without a title sponsor for the past two seasons, a phenomenon Pappoe believes is down to the many controversies surrounding the league.

Media Sponsors of the league StarTimes, on some occasions last season were prevented from televising some league games.

Pappoe, who is also a board member of Accra Great Olympics, believes the trend is set to continue unless the GFA can assure prospective sponsors of positive mileage, which in his view can only be achieved by the elimination of such scandals.

“The bigger issue in terms of sponsorship is what the company benefits from the relationship. If you take what happened to StarTimes for example and the sort of embarrassment they went through at some match venues, the Startimes board will obviously take a second look at the relationship with the GFA.

“Nobody wants scandals, and no company will pay money for their brand to be scandalized. It is a very huge responsibility to attract sponsors in the league but it is equally important to create the environment which benefits the sponsor without scandal,” he said.

Apart from the Ghana Premier League, the Division One League has also been left without a sponsor after head sponsor GN Bank decided against renewing their contract.